Happiness / an FCB alliance, Belgium was in the spotlight this year earning both the 2019 AME Best of Show and the AME Regional Platinum Award-Europe for “BlindMeters” for OVK / PEVR (Parents of Road Victims). BlindMeters.com, a geo-located platform turns Google Maps into a text editor that gives insight into how many meters you are driving blind when texting and driving. A custom-made font stretches to the exact number of meters you miss. 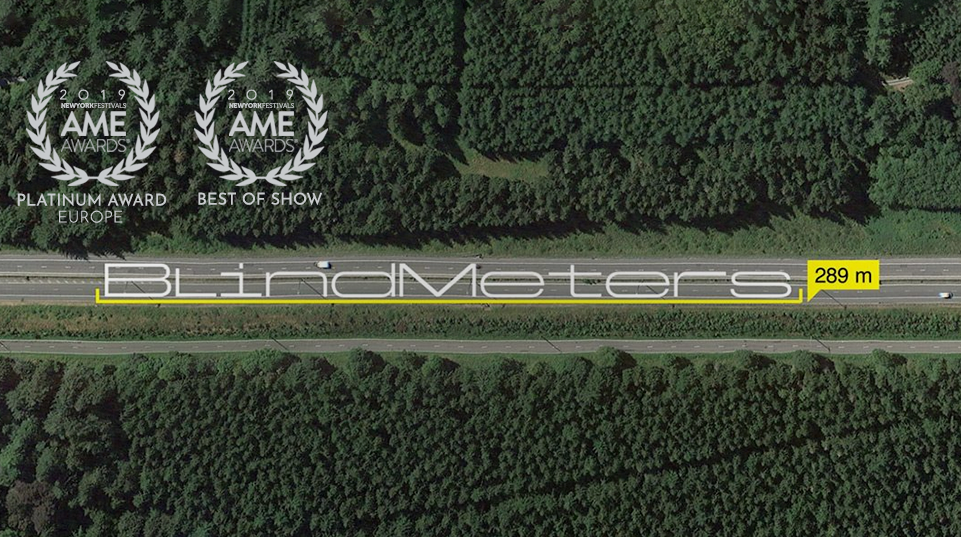 Over 5 million blind meters were typed onto the platform BlindMeters.com after just 24 hours. All National and Regional newspapers, news-sites and national TV-channels covered BlindMeters.com. Resulting in millions and millions of meters of press coverage.

The agency also earned  Gold Medallions for “BlindMeters” and “Behind the Numbers for clients PVK / PEVR (Parents of Road Victims).

“The ‘best of show award’ definitely is the second-best thing that can happen to our ‘BlindMeters’ campaign. The best one obviously being saving the largest possible number of lives. I’m truly honoured by this award. This was a huge team effort by both the Happiness Brussels and Saigon offices, since everything was done in-house. But special thanks out to all those parents who make up the ‘Parents of road victims’ organization for their never-ending effort to help save lives.” —Geoffrey Hantson, Chief Creative Officer, Happiness/an FCB alliance

What was the inspiration for “BlindMeters” and what did you ultimately hope to accomplish?

Geoffrey Hantson: Fear. And hope, at the same time. Let me try to explain that. For many years now we have a very close collaboration with the organisation ’Parents of Road Victims’. At about two or three times a year we try to come up with ideas that really have the potential to change people’s behaviour in traffic. Because the biggest hope ‘parents of road victims have’ is that no parent has to go through the hell that they went through. So, the inspiration for our ideas is always fear. The fear that one day, one of the numbers in the stats, will be your own child. And, as I said, hope. Because with every idea we produce, we feed the hope that the number of people dying in traffic will go down. Which by the way, in Belgium, it does, for years in a row now.

How did you convince OVK / PEVR of the idea or were they on board immediately with the concept?

Geoffrey Hantson: They were on board immediately. You know, texting & driving is still prevalent and a major cause of road deaths. And data shows that ‘don’t text & drive’ road safety campaigns no longer have the impact needed. People became immune to that message. Media no longer picked up the issue. So, we really needed a radical new take on this old problem.  OVK/PEVR (Parents of Road Victims) immediately saw the potential of this radical new take.

Geoffrey Hantson: 6 months. Which is actually quite a long time, compared to the average time it takes to develop a campaign in the Belgian market. But we did everything in-house. Everything. The coding, the filming, the design, … everything. Within the Happiness group we have the ‘Happiness’-entity to come up with the great work and the ‘Bliss’-entity to make the great work, work great.

Geoffrey Hantson: During the ideation-process we always behave like true ‘Tech-virgins’. Meaning that we don’t take technology into consideration. We just try to come up with the best possible solution. Afterwards, when the idea is born – in this case BlindMeters, a digital visualisation of how many metres exactly you miss when texting and driving – it’s a tsunami of tech challenges heading your way. I believe that’s the exact moment in a process that any creative agency should live by the quote of Nelson Mandela ‘It all seems impossible until it is done’. You really have to be immune to the impossible. That’s why at Happiness everybody – whether you’re a creative, account, strategist, techy or a financial person – also has ‘make it happener’ on his business card. But to answer your question, the biggest challenge was to program the algorithm that combines at about 6 different data-sources and turns all those data into a custom-made typo that stretches to the exact amount of metres you miss, linked to the different speed limitations. All in real-time, automatically, and with Google Maps as the main visual layer. Lots of our coders got severe headaches. But they managed. They are the true heroes of this campaign.

The success of “Blind Meters” was phenomenal with over 5 million blind meters typed onto the platform as well as a unanimous press coverage on media, why do you think this campaign had such phenomenal success in just 24 hours?

Geoffrey Hantson: Because it was a radical new take on this old problem. Everybody, media included, became completely immune for the ‘don’t text & drive’ message. Here was something completely new. And extremely relevant. That and of course, curiosity. You want to know how much metres you missed with the last text you send, right? Try it. It’s really scary… By the way, in the meantime, we’re way over 15 million BlindMetres typed.

What was the OVK / PEVR reaction to the results of the campaign? What results were you most proud of and why?

You know, press is amazing, 15 million metres typed is great, overcoming the technical challenges is satisfying and getting some awards from fellow creatives is the perfect excuse to crack a bottle. But the only real important result is the number of road deaths that is going down. For the third of fourth year in a row now. But still, like we explained in the other AME gold winner for ‘parents of road victims’ - ‘behind the numbers’, even if the numbers are going down, if number 87 is your son or daughter, your whole world falls apart. I guess we won’t rest until the result is 0. You might think it’s naïve, but it’s what keeps us going. If you work with real parents of real road victims, which the organization is, believe me, it’s what keeps you going. 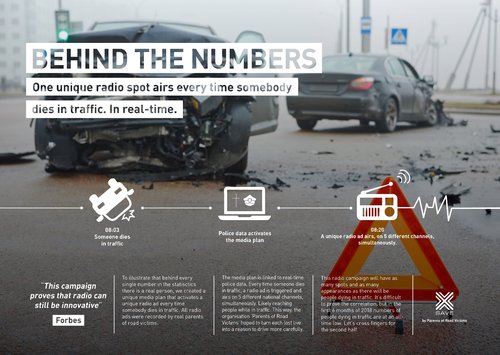 “BlindMeters” was awarded Best of Show, and the AME Regional Platinum Award - Europe, what did this accomplishment mean to you, the team, and the client?

I’m really proud of the Happiness people and their dedication. One of our culture points is that ‘happy people make great work, and great work is what makes people happy’. They all really deserve this award. I consider myself a ridiculously lucky man to be able to work with such a group of talented people and with such a smart and courageous client. 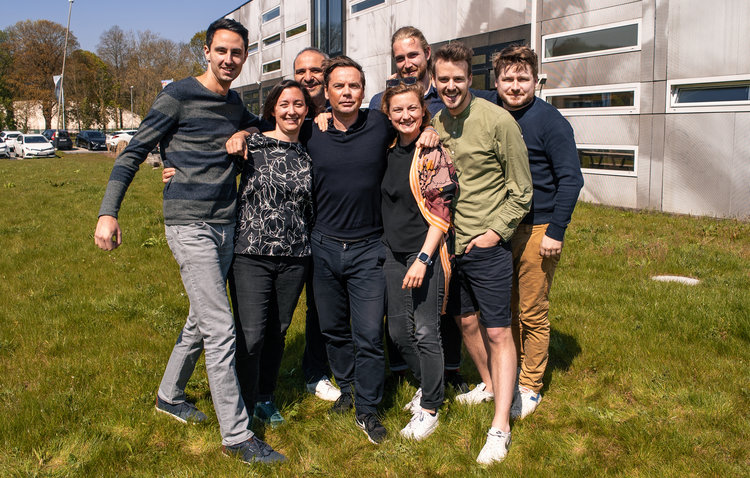 Well, allow me to use this stage to return that question to everybody who is reading this interview: what are you waiting for? What are the road safety organisations of other countries waiting for? BlindMeters was extremely successful in Belgium. I’m sure it would equally be the case in other countries. Why are you not running the ‘BlindMetres’-campaign in the US? It’s perfectly possible. Few weeks of programming and we’re there. I believe big ideas should not be kept small, they should be there for the whole world to benefit. Drop me a message and we’re on: geoffrey@happiness-anywhere.com.