McCann Health London’s Guy Swimer, Executive Creative Director and Parrus Doshi, Strategy Director joined Effective Perspective to share their creative and strategic approach behind the innovative and effective campaign for OCO Opticians “The Urban Eye Tests". This disruptive out-of-home campaign engaged consumers and encouraged them to check their eyesight using London locations as a backdrop for an urban eye test. A QR code tagged to each location allowed users to instantly book an optometrist appointment.

Powerful Results: In-store eye-tests at OCO increased by 30%. Within the first two weeks of the activity, eye test bookings were 12x the weekly average of the same period of the year before. 1 in 2 people who tried the floor panels went on to book a test. The conversion of eye-test into glasses purchases (the main source of income for opticians) rose from 70% to 80% with a great average transaction value per customer. The opening day of the activity led to one of the highest recorded single days of sales for OCO.

AME Awards: What was the initial inspiration for this campaign and how did the conversations first come about?

Parrus Doshi: OCO Opticians is a family-run, independent optical boutique in the heart of Shoreditch, East London. Being the only upmarket opticians in the area, the company had seen success in attracting high-spending working professionals. However, the last 2 years had seen a growing number of competitors using their muscle to target young professionals seeking high fashion, sleek eyewear and by doing so, they had gained an increasingly large share of the independent market. The challenge for OCO was to stem this decline by increasing footfall and driving more people seeking an eye-test into the opticians.

Over half of UK adults view eye tests as “very important” to their health and of the five senses, 80% of people say that they would miss their sight the most. However, astonishing, 1 in 4 UK adults haven’t been for an eye test in the last 2 years, and 5 million haven’t been in the last 10 years or are unsure when they last had one at all. Despite almost two million people living with significant sight loss in the UK (a figure predicted to double by 2050) and the huge burden this represents, 80% of sight loss can be avoided.

Proactive, regular eye tests are the very first step on that journey and we needed something new & disruptive, to provoke people into booking an eye appointment, at a time they were actually thinking about getting their eyes tested.

AME Awards: Were there any challenges when pitching your client this idea?

Guy Swimer: The client loved the idea when we first presented it - he saw it as a cost-effective answer to some of the business challenges in attracting footfall that OCO had been trying to solve for the previous few years. They’d been using low budget digital & Facebook campaigns to try to drive interest, but without much success. The main issue was implementation; This had never been done before. Of course, we reassured him it was all technically possible, but we had no idea how to do it either!

AME Awards: How did the agency determine appropriate sites for the Urban Eye Test idea?

Guy Swimer: Logistically, it was an involved process; Each site needed to be evaluated by an Optometrist/Eye Doctor as a clinical test for long or shortsightedness. We placed the tests in high footfall areas across central London where they’d be seen by as many people as possible, but since these weren’t traditional advertising sites, we had some interesting negotiations with local authorities and business owners to allow us to place the panels on their property!

We used pub signs, shop signs, clock towers, road signs & murals, challenging the public to test their eyes by reading them, and we adapted the 'challenge' on each panel to be locally relevant e.g. ‘Can you tell the exact time on the church clock from here?’ ‘Can you read the words on the pillar?’ ‘Which year was the pub built?’ 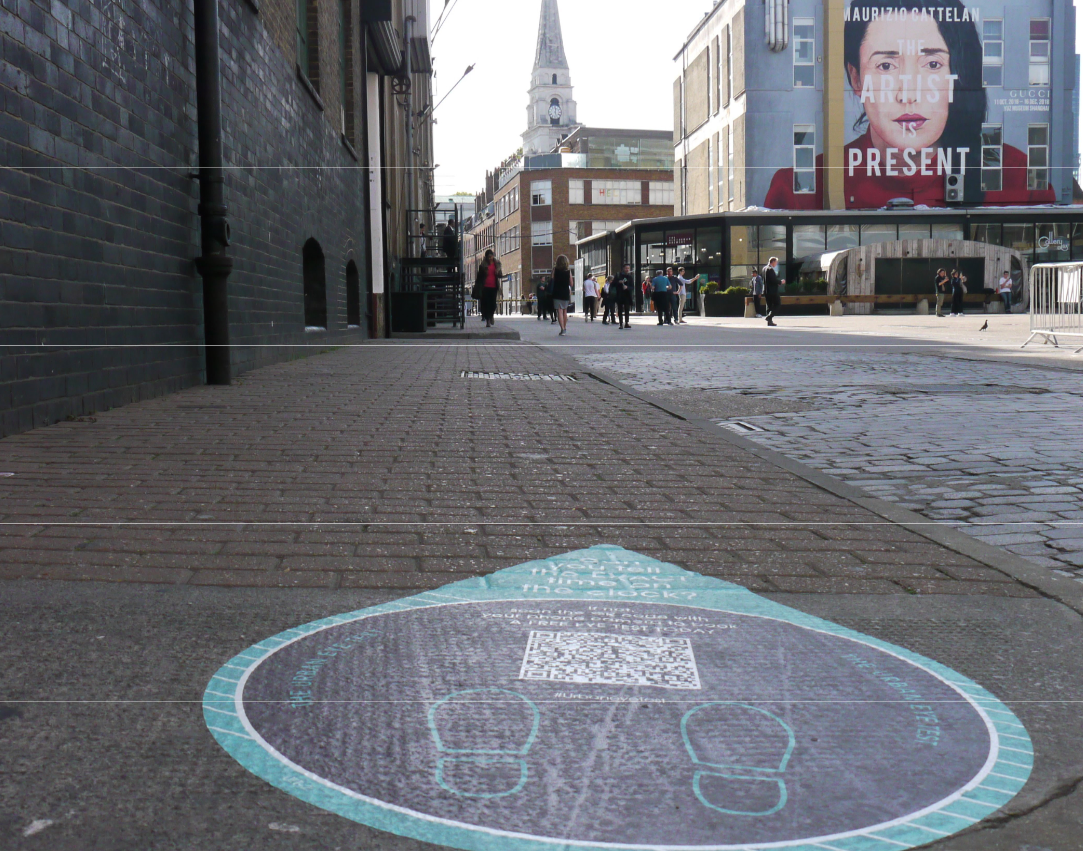 AME Awards: Who was your target audience and how was your approach unique for this demographic?

Parrus Doshi: ABC1 25-34 years – despite believing eye health to be important, they didn’t often do anything about maintain it for three main reasons: 1) they felt the can tell for themselves when there is something wrong with their eyes, 2) they were too busy to book and attend an eye test and 3) it wasn’t seen as important as other health issues. With such a significant number thinking that their eyes “were fine”, they didn’t have time and that it was therefore “easier to soldier on” with slightly diminished vision, we identified a need to disrupt the apathy, stop these individuals putting eye tests off and drive the individuals to take action.

If these young professionals didn’t have time to take an eye test, we needed to take the eye test to them. 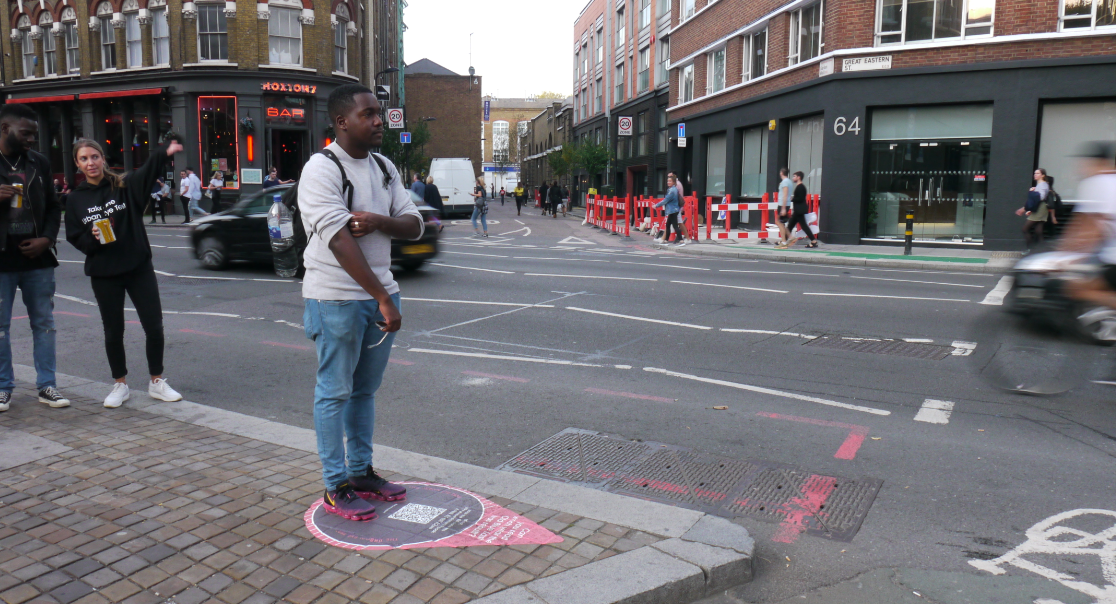 AME Awards: Were there any creative and logistical challenges that you faced throughout the campaign and how did you solve them?

Guy Swimer: Apart from ensuring they were clinically accurate, the panels themselves and the back-end data capture took some time to figure out.

We had to make them eye catching, but part of the urban environment at the same time, and make sure they would be protected from wear & tear throughout the campaign.

A QR code meant users could instantly book an optician’s appointment, and since we had had a code tagged to every location, we could see the response data for each test in real time. 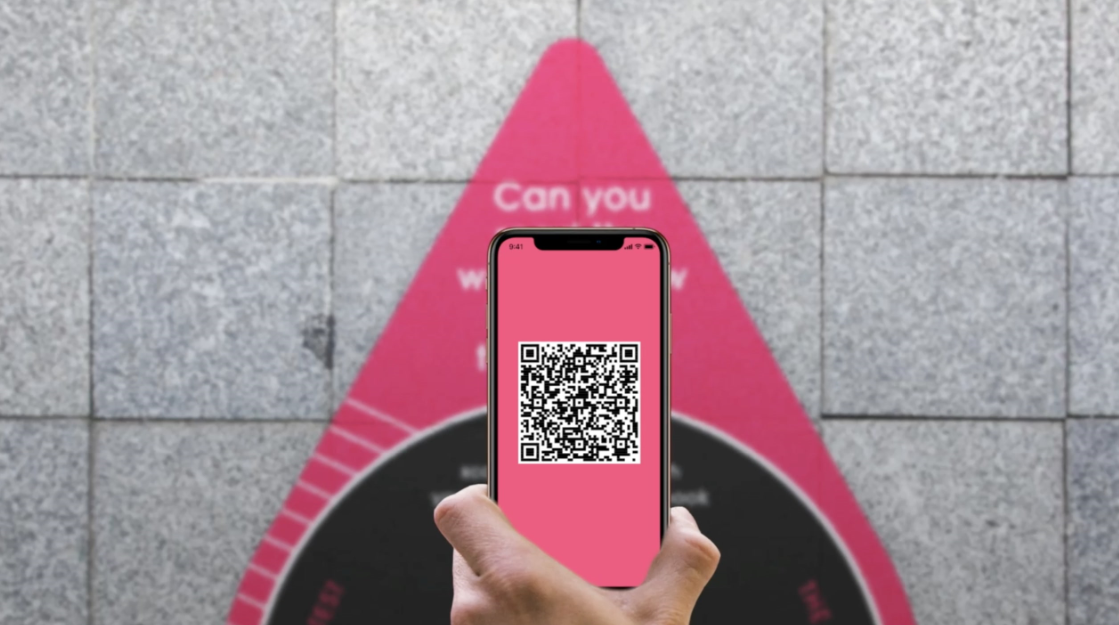 AME Awards: “The Urban Eye Tests” delivered impressive results and built awareness and conversions to eyeglass sales for OCO. Please share some of the strategic elements that led to the campaign’s success.

Parrus Doshi: We knew people cared about their eyesight, but they needed to be motivated to take action. To disrupt the apathy, we needed something that would challenge our audience directly in the moment when they were naturally testing their eyes and get them to take an action there and then. That is how we not only increased footfall into the opticians, but also conversion of eye tests into a purchase rose and the average transaction value rose too. 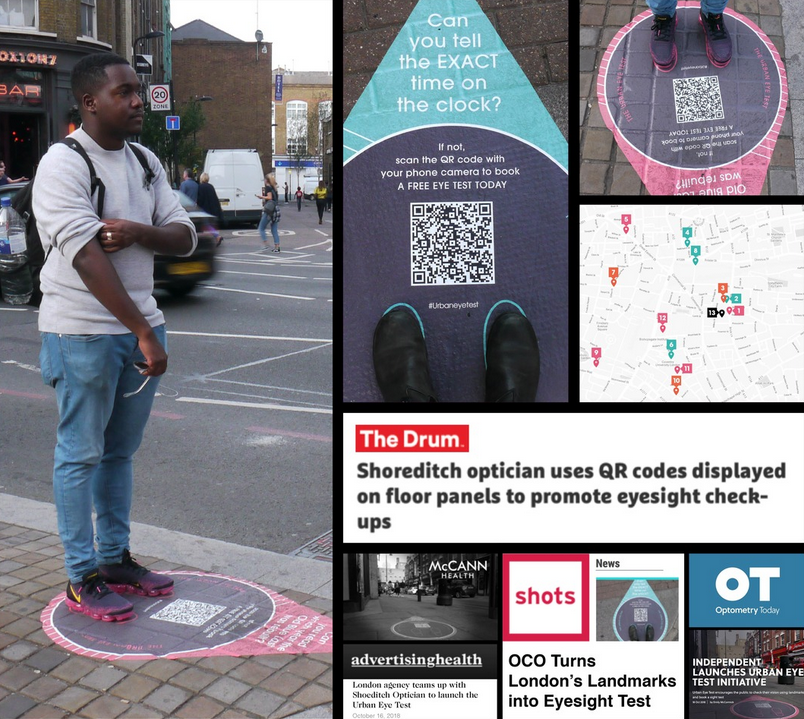 AME Awards: “The Urban Eye Tests” earned the Silver AME Award, what does being honored by AME’s international Grand Jury mean to the agency?

Guy Swimer: It means a lot. Effectiveness is at the core of everything we do at McCann Health; We believe great behaviour change ideas only happen when a great consumer insight is matched by a breakthrough creative idea, with the right user experience.

We often talk to our clients about what we call: ‘+One thinking’, where we present a completely unexpected idea to solve a business problem. It’s something we constantly strive for, so it’s great to see it all come together in a campaign like this.

While our clients are also rightly proud of the number of creative awards this campaign’s won, we're probably more proud of the sales results it delivered. At the earliest stages of creative development, we talked about the metrics we were looking to capture, and built them into the ideation at every stage, so it's great to see the focus on effectiveness being recognized. 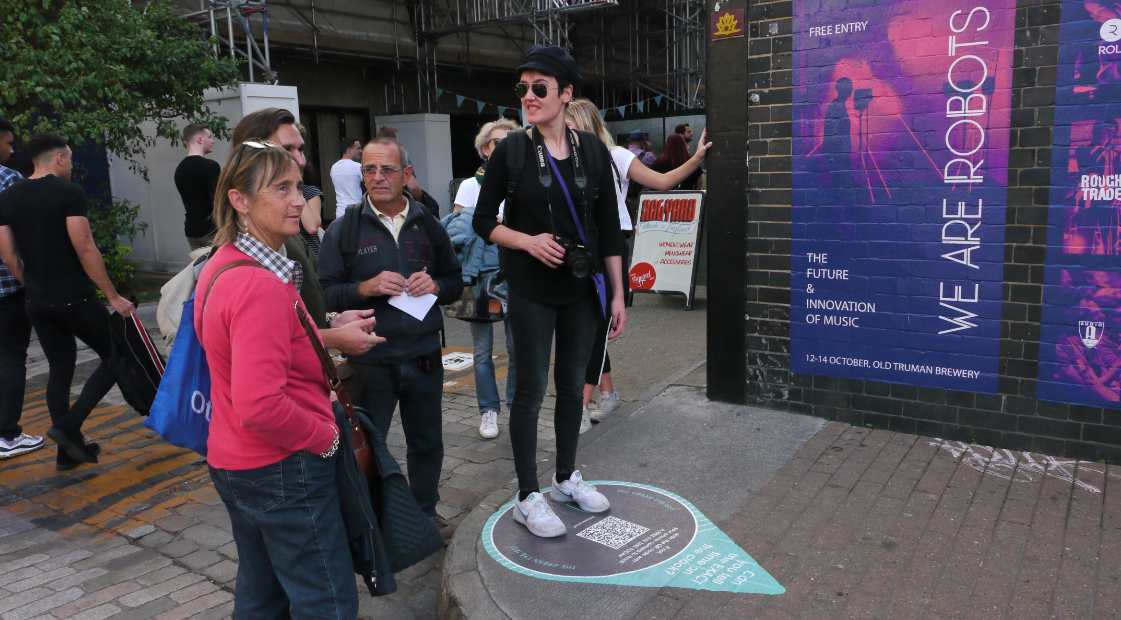