This week’s Effective Perspective Spotlight features an interview with Alessandro Panella (On Left) and Alexander Schill (On Right). Alexander serves as Global Chief Creative Officer for Serviceplan‘s entire agency group worldwide and is in charge of 26 offices in 16 countries. Alessandro Panella is Managing Director for Serviceplan Consulting Group, formerly a Chief Strategy Officer at Grey Germany,  he has played an important role in the expansion of the strategic competences of the Serviceplan Group. In 2018, Serviceplan was featured among the Top 50 most creative agencies worldwide at Gunn Report.

Effective Perspective spent a few minutes with these two innovative and award-winning influencers as they discus how Serviceplan consistently delivers creative and effective work, how reframing a problem helps to find innovative solutions, the three things that effective work has in common, why Crazytivity leads to successful work and much much more.

AME Awards: In a recent LBB Influencer article, you mention creativity begins with ‘reframing the problem’ and how reframing a problem leads to more innovative solutions because you are not grappling to find a solution to the “obvious” problem. How does this reframing process ensure the brand’s goal is achieved and that a campaign ticks all the boxes for the brand and is ultimately effective?  Is this the approach to briefs at Serviceplan?

Alessandro Panella: Identifying the right problem to solve a more effective way to achieve a brand’s goal. The Sainsbury case I mentioned in the article is a great example of that. The “obvious” solution to achieve the sales goals would have been to focus on attracting new customers to the supermarket. Reframing the problem by asking “how much more should every existing customer spend when visiting Sainsbury” led to a totally different creative and much more effective solution. When briefing projects at Serviceplan we like to dig deeper on what the problem at hand really is. Typically, we like to discuss that with the Client and better understand what the business problem is and then discuss what the best creative solutions can be. That creative solution can take many forms and shapes: from co-developing a braille-watch for visually impaired people with a start-up company named Dot to creating an immersive and interactive experience for the launch of the new BMW M2 coupé.

AME Awards: What stand-out attributes do you recognize in award-winning creative and effective advertising…what do ads that have taken the brief and turned it into campaign that transforms opinions, evokes action and raises the bar for the brand have in common?

- First, they’re based on a universal human truth that strikes a chord with consumers. More than ever brands need to show empathy and signal to consumers that they understand the world they live in. That’s where the human truth plays such an important role and ensure that the idea we develop has relevance and resonates emotionally with people.

- Thirdly, both creative and effective campaigns must be able to create a change in behavior and perception. Work that only engages people but doesn’t change the way they relate or perceive a brand and accordingly change behavior isn’t going to build the brand in the long term.

AME Awards: In your personal work what are the hallmarks of creative, strategic, and measurable success?

Alessandro Panella: The work must demonstrate that it helped solve a problem. This could be a societal or business problem. Also, great creative and strategic campaigns should have the ambition to create culture relevance for brands. Cultural relevance is what differentiates brands that matter to people from brands that just communicate at people. In that context we are very proud of several pieces of work we’ve done in the past: the work we do for Dot a company that helps visually impaired people, What’s German App (an app that helps refugees learn German at no cost), our campaign for the German discounter Penny where we celebrated “togetherness”

AME Awards: How do advertising/marketing awards that focus exclusively on Effectiveness, like AME help set the standard of excellence within the industry?

Alessandro Panella: Awards like AME and the Effie are critical for our industry, because they demonstrate what’s the value of communication for brands. Also, awards are not just important for us as agencies, but also for our Clients. In times where more and more CMOs are being asked to demonstrate their positive ROMI it is key to prove the impact that communication had on the brand and how it helped drive growth and brand health.

AME Awards: Are industry awards important and if so, what’s the ROI (value added besides a trophy) for entering?

Alessandro Panella: There is a lot of discussion in our industry about that topic and the investments needed to enter such competitions. Some critical voices raise their concerns about the inflation in categories with the primary objective to generate more funds. On the other side, we are convinced that effectiveness awards are essential to demonstrate the value of the work we create for our clients. From our perspective being regularly among the most awarded agencies also correlates with an increased interest from new clients to work with us. Last but not least, awarded creative and effective campaigns also play an important role in drawing attention of young talents towards our agency.

AME Awards: Alex you’ve discussed that you want more crazy-tivity" and less rule following in creative work. Serviceplan’s work seems to epitomize that philosophy, what recent work has the agency completed that follow this philosophy?

Alexander Schill: Crazytivity follows the idea, that today everything and everyone claims to be creative. So, creativity seems to be a pretty normal thing these days. But as an agency we have to stand out. Creativity in its core is our main business. Despite any discussions about channels, formats, AI, etc., it’s time to innovate creativity.

Crazytivity means to believe in those things that do not follow any rules. And that mostly seem not to make any sense. The risk of failing with those ideas is much higher than with the safe choice. But if they work out, those things will stay out of the average much longer than everything else. From our recent work I hope we went crazy with Le Becks, the legendary beer can for the beer brand Becks; as well as the latest work for the same client called SoundPils, where we created 8 Mio bottles of beer with one special ingredient, the customer him-/herself. And of course, I like a lot our latest commercial for the BMW 8 series, in which we build a street on the canals of Venice for the first every car shoot in this beautiful city without streets. 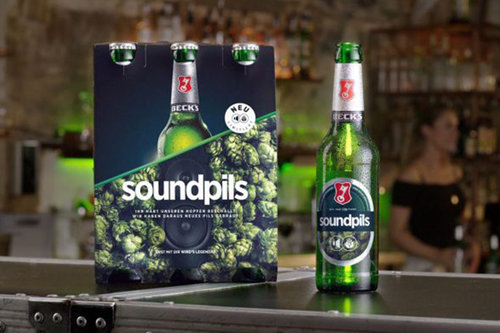 Beck’s gets personal with its customers by using a sound box set up in Berlin allowing people to speak to the hops at the hop farm in Germany’s Hallertau region. A special edition was brewed with the hops exposed to the sound, Beck’s Soundpils. 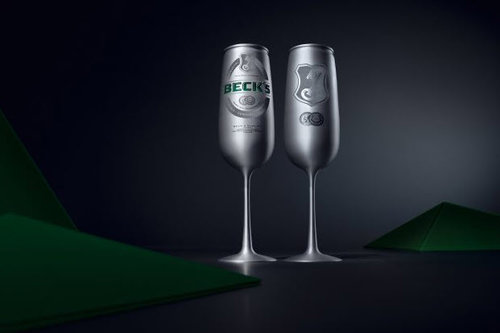 AME Awards: Serviceplan continually racks up awards in global competitions on behalf of brands for campaigns that are both creative and effective, tell us about your process of creating and delivering creative and effective results. Are your ideas inspired or do they come together as the result of a collective brainstorming session with your team?

Alexander Schill: The traditional way of one single Mad Man or one outstanding team of two creatives coming up with ideas that go global are over. Today we have to bring together different talents from the beginning. In our agency we create multi-discipline-teams for every job from day one and keep them together throughout the whole process until the presentation. Including of course and specially colleagues from Mediaplus, our media agency - even if media is not part of the brief. That forces us in every step of the development, to not only hunt for the best creative idea, but also never forget the KPIs.

AME Awards: What measurably effective campaign are you most proud of?

Alexander Schill and Alessandro Panella: The work we’re most proud of is work that really helped solve a pressing issue for our client. This could be a societal or business problem. Also, great creative and strategic campaigns should have the ambition to create culture relevance for brands. Cultural relevance is what differentiates brands that matter to people from brands that just communicate at people. In that context we are very proud of several pieces of work we’ve done in the past: the work we do for Dot a company that helps visually impaired people or our Christmas campaign of last year for the German discounter Penny where we celebrated “togetherness”. Last but not least, the campaign we created for the electronic retailer Saturn is another good example. For Saturn we created a friendly character called Tech Nick and a tagline “Bei Technik-Fragen Tech Nick fragen” that became part of the German vernacular. The campaign not only managed to create sympathy for the brand, but also helped bring the brand promise to life in a very relevant and engaging way, winning a silver Effie in 201. 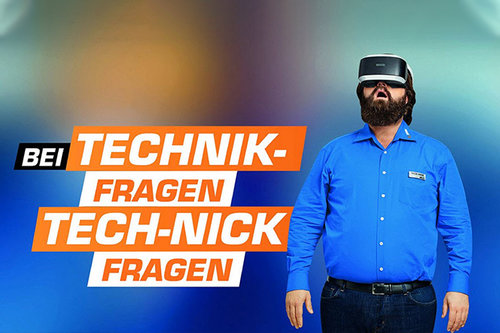 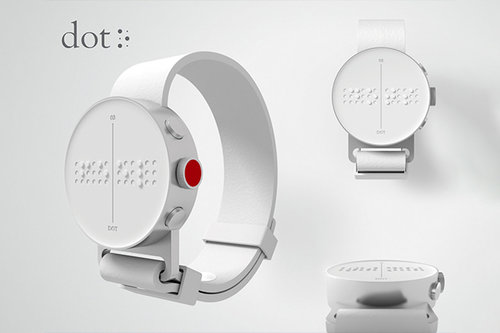 “DOT - The first Braille Smartwatch” Smartwatch technology that will change the lives of millions of blind and vision impaired.