Innovative, award-winning, strategic, visionary, and influential come to mind when describing these prominent leaders who lend their creative insights, industry expertise and global perspective to the AME Awards team. Their guidance infuses AME with the added agility required to provide a world-wide platform that encourages and celebrates effectiveness in today’s ever-changing world of advertising and brand building. 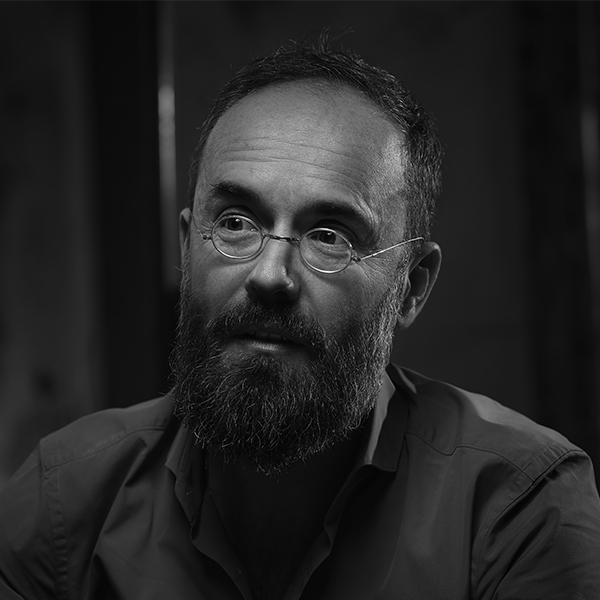 Alexander Schill was born 1969 with a Canadian passport and studied at the University of Fine Arts in Berlin. His advertising career began in 1994 when he joined Springer & Jacoby in Hamburg where he rapidly rose up through the ranks, becoming CCO in 2003. In 2006, Alex Schill left to become Associate Partner and Member of the Board at Serviceplan Group. Since 2008 he is Global Chief Creative Officer of the entire agency group worldwide and presently in charge of 26 offices in 16 countries. As Global CCO and Partner, he massively increased the international awareness of Europe’s largest independent agency group and pushed it to the top numbers of national and international Creativity ranks, No. 1 Digital Agency (PAGE) and No. 2 Creative Agency in Germany (w&v, Horizont). In 2018, Serviceplan is also featured in the Top 50 most creative agencies worldwide at Gunn Report. In 2012 Schill had the honour of being crowned number 1 Creative Director worldwide at PIAF and also being chosen as third best Global Chief Creative Officer at Big Won. He is a regular speaker at the international creative awards circuit, and has given keynote speeches at Cannes, Dubai Lynx, Eurobest and the Loerie Awards.  Alex has been jury president at Cannes Lions, CLIO, Eurobest, LIA and D&AD and has won more than 75 Cannes Lions to date including 2 Grand Prix. He created award-winning campaigns like DOT, the world’s first Braille Smartwatch, which won awards at all the major international festivals like Black, Yellow and Graphite pencils at D&AD, Art Directors Club of Europe, Cannes Lions, CLIO awards and Epica.”

Merlee is the first Filipino to be awarded: The Creative of the Year for Southeast Asia in the Campaign Asia Pacific Agency of the Year. She is "Chairmom" and Chief Creative Officer of Dentsu Jayme Syfu and the only woman in the 20 top creative directors in ASIA as reported by Campaign brief Asia.

Under her leadership, Dentsu Jayme Syfu has already been named the 2016 Creative Agency of the Year Philippines by Campaign Asia and the inaugural SPIKES ASIA Country Agency of the Year 2017 and recently, The 4As Agency of the Year Best in Creative 2018. Her works push Insights and innovation.  She has won major awards that include a Cannes Lion Grand Prix for Mobile, Grand CLIO, NYF Grand Awards, D&AD yellow and wood pencils and just last June, a Gold and Silver Lion for Green Peace “Dead Whale”. Merlee is a sought after international speaker and an opinion leader when it comes to topics close to her heart: Working Mothers. Her latest talk: “Meeting the Momillennials” in Tokyo for Adweek Asia 2018.

She is CEO of MamaLab- a network of moms from Singapore, Thailand, Taiwan, Indonesia and Japan, to create great ideas that truly understand moms. One of CNN’s Leading Women, she initiated the #sistergood project in the office to inspire women leadership. A creative at heart, she wrote and illustrated an inspiring handbook to discover everybody’s creative side “Everyone Can Be Creative”. Merlee is also a mom to 4 beautiful girls, and an inspiration in breaking the glass ceiling in this mad men’s world. 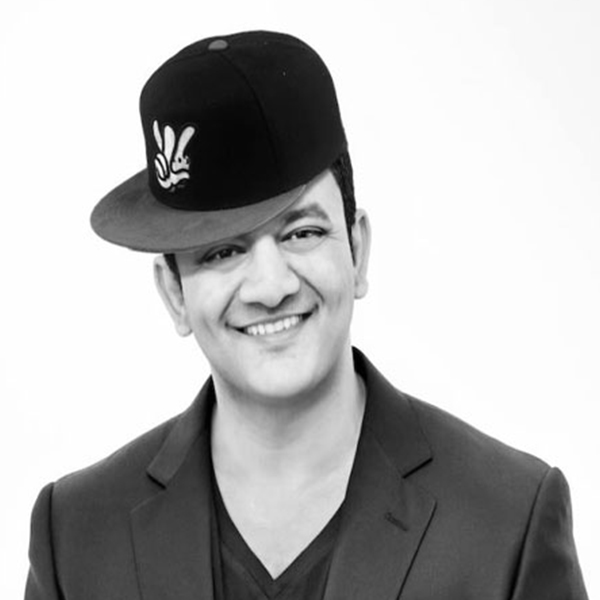 Born in August 1984, Tahaab's first word was "Astronaut". In February 1986, he skipped walking and started running. In November 1994, he watched a movie that changed his life: Forrest Gump. It taught him how to make an ordinary life, legendary. Just like Baby's Day Out. In August 1997, he met Mr. Adolescence through a myriad of regrettable haircuts (Spock, Elvis, Wolverine). In September 2002, he wrote poetry and hasn't stopped writing since. In June 2005, he learnt to add a little Bollywood to his creative job; some drama in presentations, sharing a romance with ideas and using self-deprecating comedy to keep his spirits up.

Since 2012, he leads the strategy office for FP7 (A part of McCann Worldgroup) across MENA, focusing on creative marketing, brand and connections strategy. He's the MENA Director for Truth Central – an intelligence platform and also manages creative excellence across MENA.

Tahaab has been ranked the #1 Strategy Head in the world by the Big Won Rankings in 2016, and is the most awarded strategist in MENA having won over 300 awards across Effies, Warc, Dubai Lynx, Cannes Lions, New York Festivals, D&AD, One Show, Clios, The International ANDYs and Crestas, among others. He has also helped the agency drive efforts that led to FP7 being ranked the Most Effective Agency in the World at the Global Effie Index, as well winning Agency and Network of the Year four years running, from 2013 to 2016. He has judged at the Effies and at Midas Awards, previously too. 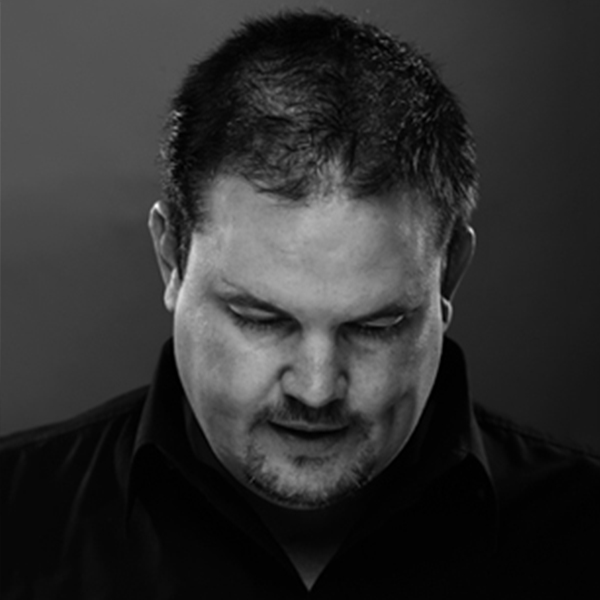 Mick Blore is the Chief Creative Officer for McCann Worldgroup - South Africa and Sub-Saharan Africa, leading creativity across 37 agencies in the region.

Mick has more than 20 years of experience in the industry and has worked for many of the world’s best agencies and networks; his most recent positions being Chief Creative Officer for Y&R (South Africa & Africa), Regional Executive Creative Director of Saatchi & Saatchi (South Africa & Africa) and Executive Creative Director of The Jupiter Drawing Room (Johannesburg, South Africa).Mick is one of South Africa's most awarded creative's with multiple accolades from The Cannes Lions, The One Show in New York, The Clios, The World Press Awards, The London International Advertising Awards, The Andes, The New York Festivals and The South African Loeries Awards, to name a few. He has also represented Africa as a member of the Executive Jury of the prestigious Clios Awards in the USA, has judged the New York Festivals, London International Advertising Awards, the APEX Effectiveness Awards, as well as the South African Loeries Awards.

Mick has worked across a number of the world’s leading brands, including Virgin Atlantic, Nintendo, Colgate, Danone, Landrover, Sun International, UNICEF, Nike and more too numerous to mention. The work Mick did on Nugget Shoe Polish became the most awarded campaign in the history of South African Advertising in any medium in its time.Mick’s work has been featured in university texbooks in the USA, he regularly lectures at South Africa's leading advertising schools, colleges, and universities, and he sits on various industry forums.

Mick is a member of the Who's Who of Southern Africa initiative. 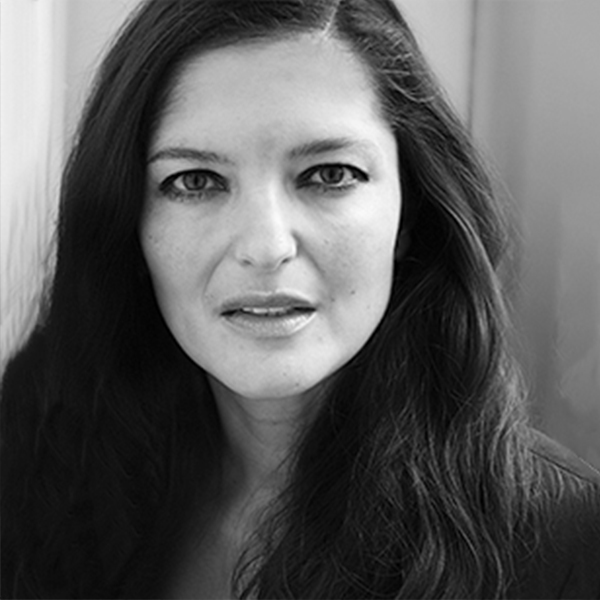 Dörte Spengler-Ahrens, CCO at Jung von Matt/SAGA. Dörte studied Visual Communications and started her career as an Art Director, then switched to copywriting. After working in several agencies, she went to work at Jung von Matt where she became a Creative Director after only three years.

As of November 2013, she took on the direction of Jung von Matt/Elbe with partners and with additional clients like NIVEA, OBI DIY, Techniker Krankenkasse, EIS.de, Jim Beam and more. By the end of 2016, the agency was rebranded and is now Jung von Matt/SAGA.

Dörte is one of the most awarded German creatives, presidium member of the Art Director’s Club (ADC), board member of the ADC Festival and Congress Hamburg, as well as a judge for the most important international award juries within the communication sector.

She loves her work, her husband, and her son Bela. She also loves to travel and to meet people – if possible, everything at the same time. 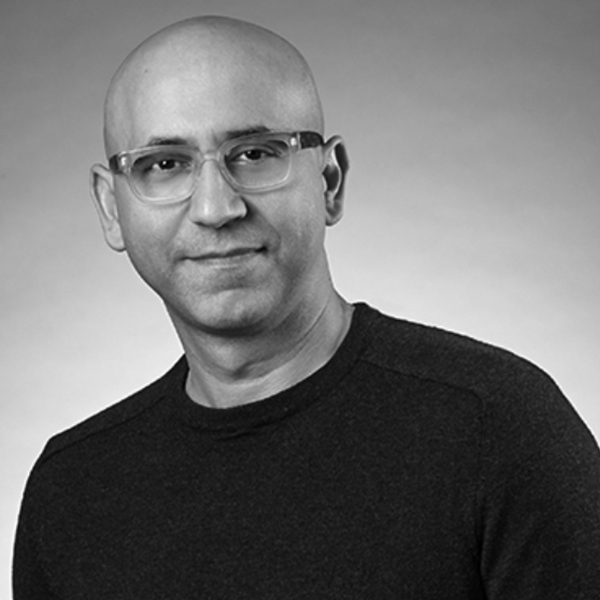 Zak started his career at Chiat/Day and BBDO. In 1999, he joined TAXI and helped build the agency into one of the top shops on the Gunn report. Over the past decade, Zak has been busy building Zulu Alpha Kilo into a globally awarded 110-person independent. In 2016, his shop was named Ad Age’s Small Agency of the Year, the first time a non-U.S. agency had ever won overall top honours. Zulu was also awarded as Ad Age’s International Small Agency of the Year in 2017. Most recently, Zak was featured in the May and April issues of Forbes magazine after Zulu was recognized as one of North America’s best small companies and praised for challenging the business conventions of the industry.  Zak has both judged and been awarded at the One Show, D&AD, Cannes and Communication Arts.